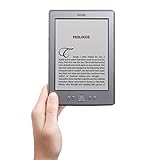 The ground underneath traditional publishing has shifted once again. Scribd, the “YouTube of documents,” has opened up a new store where authors can upload and sell their books. And here’s the clincher. You don’t need a costly gadget (like the Kindle) to read these digital books. Any computer with an internet connection will do. And apparently, you can use smart phones as well.

As noted in the LA Times, Kemble Scott, a bestselling author from San Francisco, has published his second book — The Sower — on Scribd, and it goes for $2 per copy. Of that, Scott will get to keep $1.60, which beats the cut he received for his first traditionally-published book. You can watch a video introducing the new digital book marketplace above. You can also read more about it in The New York Times. If you have some thoughts about Scribd’s new move, let us know in the comments below.


How I Sold My Book by Giving It Away


Today we’re featuring a piece by Seth Harwood, an innovative crime fiction writer who has used the tools of Web 2.0 to launch his writing career. Below, he gives you an inside look at how he went from podcasting his books to landing a book deal with Random House. If you want to learn more about how writers will increasingly build their careers, be sure to give this a read. Take it away Seth…


Before it ever hit print, my debut novel JACK WAKES UP was a free serialized audiobook. And giving my crime fiction away for free turned out to be the key to becoming a published author—that last piece of the puzzle that eludes so many aspiring writers.

How did it work? Well, I got my MFA from a prestigious writers’ workshop. I got a dozen stories placed in literary journals. In short, I was doing all the things “they” (the literary establishment) tell you you have to do in order to become a successful author. And it wasn’t working. Agents were saying nice things about my crime fiction, but weren’t willing to take me on as a client. Eventually I started looking for another way to drive my own career and put my work in front of people. Having had a little success with a published story online—my friends could read it and I was hearing from strangers who liked it, two things that had never happened with the dozen stories I’d slaved to publish in literary journals—I could see that the web was the way to do this. But I couldn’t imagine anyone reading a novel online, or even on his or her computer. I did have an iPod though, and didn’t I listen to it all the time in the car and at the gym? Wasn’t I taking out books on CD from my local library for my drive to work? Sure I was. So when a friend showed me how he’d been using his iPod and a thing called podcasting to get free audiobooks from an unknown author named Scott Sigler, I knew I had to figure out how this was done.

Turns out that making MP3 files costs nothing. Distributing them costs me less than $10 a month, no matter how many episodes go out. Each week, I release a free episode—usually a couple of chapters—to thousands of subscribers. You can think of this as a throwback to two old forms of crime distribution: either the pulp magazines or the old-time radio plays that introduced detective adventures to early listeners on the radio.

The point of the pulps was the same as what I’m doing: to use the least expensive means to get good crime stories out to eager consumers. Sure, I’m giving my work away and getting nothing—at least no money—in return. But as an author, this never bothered me: all around me writers are fighting to get their work in front of readers, buying expensive ads, employing publicists, praying for a piece of the ever-shrinking review pages. So if I’d found a way to get my work out on my own and build an audience, why should I care that I wasn’t earning money? I mean, my goal has always been to support myself as a writer, but it still looked like landing a publishing contract was the way to make that happen.

More important than the career stuff, though, has been the effect of having an audience on the way I work. As soon as I started podcasting, I was getting regular emails from listeners around the country and even the globe! I started to see positive reviews posted about my work on iTunes. People actually liked what I was doing. Suddenly I was writing for an audience. And ultimately this made all the difference. Now I know I have people waiting for what I’ll write next; I feel like a digital Dickens, trying to get the new book written for my fan base to consume as soon as I put it out. Podcasting also became a new end-product for each book; once I’ve podcast a book, I want to move on and get working on something else. In the last three years, my writing output and drive have soared to levels I couldn’t have imagined back in my MFA days.

The truth is, I learned a hell of a lot about how to craft good fiction in grad school, and I’d had enough of just showing my work to my peers for critique. I was ready to get my words out there to a real audience of readers. And since I have, they’ve given me all the motivation to achieve things I never even thought I could. Design a website? Put out videos of myself on the web? Become someone on the cutting edge of new media? I never would’ve dreamed of doing all that a few years ago. In grad school I wrote everything with a pen on a yellow pad!

And somewhere along the line, that podcasting process turned into a game plan, one that worked. Thanks to podcasting I’ve just become a published author—my book JACK WAKES UP came out two weeks ago from Three Rivers Press, a division of Random House! (Shameless plug: Michael Connelly said, “JACK WAKES UP rocks!” But you know what’s even cooler? I’m getting emails from my fans with pictures of them holding the actual book!) I’m back to my original dream: to succeed in the traditional publishing realm–and now I’m finally seeing my book on bookshop shelves! When I approached the publishing establishment with a proven audience behind me, I suddenly became about a hundred times more attractive than I’d been as just another aspiring author with the typical literary creds.

Distribution, creation, marketing and promotion—podcasting has given me the keys to all of these at a time when old avenues have vanished. It gave me control of my career.

If you’d like to hear JACK WAKES UP or my two follow-up JACK PALMS novels, visit sethharwood.com. There you’ll find interviews, press coverage, free audiobooks, and much more. You might want to try sethharwood.com/what_is_podcasting for a start.

If you’d like to learn more about how you can get involved in the podcasting process and use it to promote your own work, visit authorbootcamp.com or drop me a line at sethharwood.com/contact. JACK WAKES UP is now out in bookstores everywhere from Three Rivers Press, a division of Random House.
Válasz erre

Az "The End of Suburbia" jellegű filmek odab@sznak a hangulatnak. ;-)